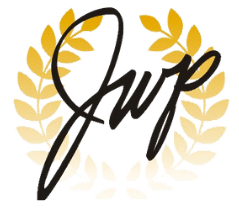 Everything You Need to Know About Policy Debate: You Learned Here

Will Smelko is a Co-Founder and serves as the CEO of Ora.Organic. A two-time attendee of the "Tournament of Champions," Will was a member of the "Patterson Fellows Program" in the summer of 2005.

Will graduated from U.C. Berkeley in 2011. At CAL, Will served as President of the "U.C. Berkeley Associated Student Government" during the 2009-2010 School year, played Club Baseball and served as a Senator in the A.S.U.C. Student Senate.

Together, Will and Bill Co-Author and annually update "Debate 101." Bill is a frequent volunteer lecturer and teacher at the Harvard, Michigan and Gonzaga Summer Debate Institutes. He is a Member of the "TOC Advisory Committee for Policy Debate" and serves on the Board of The J.W. Patterson Foundation for Academic Excellence in Speech and Debate.